Thank you to everyone who attended the Narberth2040 Comprehensive Plan Open House on October 12th!  For those who were unable to attend, we want to hear your input on the plan’s draft principles, goals and recommendations which have been developed thus far.  The principles are the themes of the comprehensive plan, which collectively form the plan’s overarching vision for the future.  Each principle is supported by a set of goals and recommendations.

Click here to find the posters from the event.  We encourage you to participate in the open house’s voting exercise by selecting three goals which you believe are the highest priorities for each principle (so you get to vote for three goals per principle).  Additionally, please feel free to send us comments on any of the specific draft goals.

Ben Hoffman has informed me that he will be resigning his position as a school crossing guard before the end of 2018.  Ben is at his corner faithfully every weekday throughout the school year.

As a retired volunteer firefighter with the Narberth Fire Department (NFD) of 35 years, a crossing guard for more than five years, and a current member of the NFD Board of Directors, he represents what is best about this borough.

It is the students, parents and teachers at Rockland & Woodside Avenues who will miss him the most.

Even though I have only been here for a short time, it has been my honor to get to know Ben and work along with him in service to this great community.  Please join me in thanking this veteran of the United States Navy for all of his years of service to the Borough of Narberth.  Thank you, Ben.

Matt has been with the NPD for four years.  He was a Philadelphia police officer for eight years and has been a proud member of the Army National Guard for 22 years.  Matt is a college graduate, a certified pilot and is currently working on a master of science degree.  He is married with two children.

Dan joined the NPD only three months ago.  He was a Darby Borough police officer for 18 months and a Chester County correctional officer for almost a year.  Dan is a graduate of West Chester University and the Delaware County Municipal Police Academy.  He was recently married.

Kelly was born and raised in Narberth and has been serving her community for almost seven years.  She worked in public safety and security in Montgomery County before joining the NPD.  Kelly graduated from the University of Tampa and the Montgomery County Municipal Police Academy.  Her husband is also a police officer.

Sean has been with the Borough for more than seven years.  He was a Philadelphia police officer for eight years and was promoted to the rank of corporal in that department before joining the NPD.  Sean graduated from Villanova University.  He is married with three children.

Mike is the longest-tenured officer with more than nine years of service to Narberth.  He also served in law enforcement before the NPD as a deputy with the Montgomery County Sheriff’s Department.  Mike is a graduate of Delaware Valley University and the Montgomery County Municipal Police Academy.  He is married with three children.

Robin lives in Narberth and has been working for the Borough for 26 years.  She is also the Vice President of the 4th of July Committee and is actively involved with the Narberth Athletic Association, St. Margaret’s School CYO and the Boy Scouts of America.  Robin attended Eastern University.  She has four children.

Ben resides in Narberth and has been a crossing guard for the Borough for five years.  He was a volunteer firefighter with Narberth Fire Department for 35 years and currently serves on the Board of Directors.  Ben is a veteran of the US Navy.

Clodagh, who is from Ireland, now calls Narberth her hometown.  She has been a crossing guard for the Borough for 14 years.  Clodagh worked in the insurance industry for ten years and was a volunteer with the New Horizons Senior Center.

Remember, we’re here to serve you.

Thank you for supporting the Narberth Police Department.

Tree pruning will continue through mid afternoon Thursday in the closed portion of the parking lot and in portions of Sabine Park. All work is scheduled to be completed Thursday October 18. A raindate of Tuesday 10/23 is set and I will let everyone know if this becomes necessary.
Public Works will provide support staff to assist with traffic.

I thank everyone for their patience as we complete this necessary work. Please contact me if there are any questions or concerns.

I am honored to be the Chief of Police for this great Borough and I am proud to lead such professional police officers as we serve all those who live, work and play in Narberth. Even though my tenure here has been brief, I quickly learned from my officers that one of the biggest challenges which we have to deal with in this department routinely is getting residents and visitors to call for police assistance, when necessary.

Please dial 9-1-1 to report crimes in progress, emergencies, illegal activity, suspicious activity, sexual assaults, domestic violence, drug use/transactions, auto accidents, disturbances, fights or any other matter for which police assistance would be needed. Narberth police officers are well-trained law enforcement professionals who possess the skill sets and have access to law enforcement resources to provide the help that is needed.

All calls for police service must go through the 911 Center at Montgomery County Communications. County call takers will prioritize the call for dispatch, as needed, and send a police officer to that location via emergency or non-emergency response.

Remember, our mission is “to protect and serve” you. Again, please dial 9-1-1 and we will be there for you. Thank you for supporting the Narberth Police Department.

Recently, incidents of auto theft and theft from auto have been reported to the Narberth Police Department.  Please take the following precautions:

Dial 9-1-1 immediately to report crimes in progress or suspicious activity.  Remember, it is our responsibility as a community to target harden our vehicles to prevent property crime.  Please feel free to share this information with family members, friends and neighbors.

Parking violations are a problem in many boroughs and townships throughout the Commonwealth. Narberth is no different.  Even though it does seem to be a minor issue to some, it is one that impacts the quality of life in our community and, most importantly, is an illegal practice that can create unsafe conditions for pedestrians and other motorists.

The Parking Controller is a member of the Narberth Police Department and, as such, works closely with our police officers to make sure that parking compliance is strictly enforced.  Please know that all who live, work and play in Narberth are expected to park legally throughout our Borough.

If you have any unpaid parking tickets, remit payment promptly to avoid incurring additional penalties.  Parking fines can be paid to the Borough Office Manager, Monday through Friday from 8:00a.m. until 4:00p.m. at 100 Conway Avenue, Narberth, PA 19072.

On behalf of the Honorable Mayor Andrea Deutsch and all Council members, I want to thank you for parking legally in the Borough of Narberth.

All streets and roadways in the Borough have a speed limit of 25 miles per hour, including Montgomery, Haverford and North Wynnewood avenues.  Class is back in session for the 2018-2019 school year and pedestrians have the right of way.  In the interest of protecting all those who live, work and play in Narberth, especially our children, students and senior citizens, we are all responsible for driving safely throughout our community.

There will be zero-tolerance for speeding, careless driving, disregarding a traffic signal, failing to stop for a school bus when signaled, going through a stop sign without coming to a complete stop or any other violation.  The Pennsylvania Vehicle Code will be strictly enforced by Narberth police officers.

Please drive with extreme caution throughout the Borough of Narberth, because your safety and that of others depends on it. 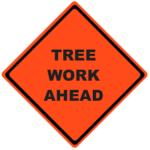 * Narberth businesses, roadways, and sidewalks will remain OPEN during the tree work.

Please contact Ed Harman with any questions at eharman@narberthpa.gov.

What are you looking for?